How could such a handsome face belong to a boxer?

But this, my friends, is Ben Starling.

And I think you all will enjoy getting to know him and his work as a writer, actor, and artist! Check out his website for a clip of his acting among other things!

Ben Starling is passionate about marine conservation and boxing, both central themes in his upcoming novel. He is Oxford’s only ever Quintuple Blue (varsity champion five years running), was Captain of the university boxing team, and coached and boxed competitively. Ben graduated from Oxford University with a Master of Arts and a MPhil. He was born in the USA but has lived in the UK since childhood.

Title of Work: To be revealed!

Tagline: What if to be with the man of your dreams… you had to give up your life?

On the verge of losing her job, a side-lined journalist is forced to travel to the South Pacific to untangle a mystery where she meets a reclusive ex-boxer with a message. When a syndicate of corporate criminals invades paradise, she must either defend the island with her life or accept the plum promotion that will save her career.

Intended Audience: Those who enjoy the works of Nicholas Sparks, Nora Roberts and Colleen Hoover

Sign up here to be notified of Ben’s upcoming releases: www.ben-starling. com/contact-sign-up/

Is this your first book?

I’m a freelance editor and have also written some short items and received encouragement for that. After focusing on the work of others for so long, I longed to take on the challenge of a full-length work of my own. My forthcoming love story will be released on January 21, 2016.

Where do you write?

There is a beautiful canal that flows near my home. All my plot snarls are unraveled as I walk along beside it – the most important part of my work is done here. Whenever I hit a tough-going portion, I know where to go. There is something about the tranquility of water that inspires.

Okay, NOW I am jealous!

Do you have any strange writing habits? All writing habits are strange – stranger than fiction. But I have done my best to estrange myself from the strangest ones of all. In fact, I have had no writing habits at all since I stopped taking plot tips from my dog.

And you’re a comedian! Who knew?

What writing advice do you have for other aspiring authors?

You only need to own two books on writing: one is The Elements of Style by EB White. It’s a must read for authors. The other is: any creative writing book by James N Frey. Read it cover to cover. He is the best writing coach in the business.

Just as your books inspire authors, what authors have inspired you to write?

Hemingway for his symbolism and the poignancy of the troubles of Santiago in Old Man in the Sea. And Herman Wouk for his spell-binding characterisations in Don’t Stop the Carnival.

I’m also a Hemingway fan but I’ve never read Herman Wouk. I’ll have to check that one out! Who is your favorite character from your book and why?

Edward (Bear) Hamilton was the most fun to write – so astoundingly unaware of his shortcomings and flamboyantly unconcerned about his impact on others. I giggled the whole time I was writing him.

How about your least favorite character?  What makes them less appealing to you?

The villain was the most challenging to write. The antagonist is the crucial counterpoint in every tale. Without a worthy adversary for the hero/ine, the story falls flat. And yet, a worthy villain must be chillingly motivated.

Where do you see yourself in 10 years?

Still writing. More travelled. And in the arms of the woman I love – that I look forward to meeting someday soon! I have a recurring dream about meeting her. We love for the same reason that we write. It’s all about making connections. There’s no other reason to live, is there?

That sounds great! I just love the idea of the recurring dream. Sounds like a great novel idea! Or did your dog already suggests that plot?

Do you have any other talents or hobbies?

I draw to unwind. Magical realism in black and white is my favorite. Recently, marine themes keep appearing too. I keep promising myself to branch out and explore color. But I keep coming back to pen and ink. I’ve posted some on my site.

This is such a lovely example of your artwork!

What are you working on now?

I’m finalizing materials and planning events for my upcoming book launch. The novel (title reveal coming soon) will be released in early 2016. Lots to do to prepare for that!

And don’t forget to let me know so that I can be a part of your launch!

What is your next project?

A series of prequel short stories to be released from September 21, 2015, set in the same world as my upcoming novel.

What do you wear (if anything) while writing? My fingers to the bone…

THAT is the BEST answer ever!!!! Do you have a pet or pets? I had a beautiful and brilliant Great Dane named Edington once. She learned every game in a flash, retrieved things I didn’t know I wanted and danced with me. I lost her many years ago, but I’ll never forget her. I’m sure she’s my guardian angel watching over me. I’ve had a few close calls and I credit my continued existence entirely to Edington.

When they say the Great Dane is a noble breed, they are spot on!

What is your favorite snack food?

Soup. Soup… and soup. Toss every vegetable in your fridge into the slow cooker, add a few herbs and then go write for day. Always ready when you need it and perfect every time.

Not a bad plan at all! Okay, so this conversation about dogs and soup is reminding me of Best in Show! If you haven’t seen it…watch it!

I’d like to be able to whip up a five-course gourmet meal in a heartbeat too, but I’m still working on that. Always on the look out for a good recipe!

You should try a few Cajun recipes. I think Gumbo would definitely be your style. I like chicken and sausage with okra and tomatoes. Characters often find themselves in situations they aren’t sure they can get themselves out of.

When was the last time you found yourself in a situation that was hard to get out of and what did you do?

I once got out of a dinner party by scheduling invasive surgery. Does that count?

Seriously? You really crack me up!

Have you ever dyed your hair an unusual color?

Yes. Orange. Some things just weren’t meant to be. Or dares meant to be taken.

I like orange! It inspires creativity…so maybe that was a good choice. What is your biggest fear?

NOOOOO! Don’t say that! Keep on being your hopeless romantic adorable self!

What do you want your headstone to say?

Did you hear it too?! I must say, I find talking headstones alarming.

Okay, Ben! You got me! That one made me laugh out loud!

Where is one place you want to visit that you haven’t been before? Provide images if you want.

Antarctica. Now there’s a fascinating environment. And the closest thing to untouched that is left on our planet. 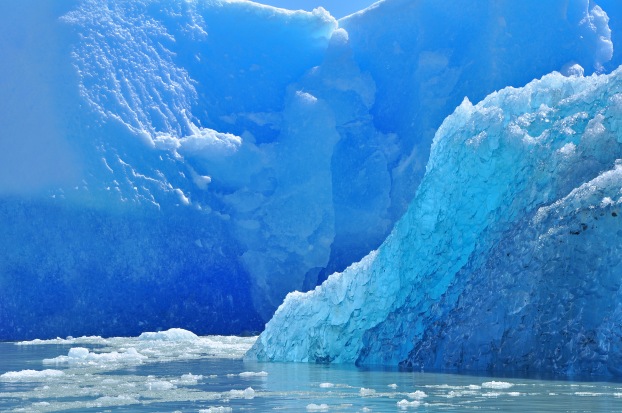 I want to go to Easter Island. I’m not such a big fan of the cold.

If you could have any accent from anywhere in the world, what would you choose?

I’d be American with a British accent. That’d confuse them. Confuses me quite a bit too…

Made me laugh again! You’re a funny guy!

What is something you want to accomplish before you die?

Start an eco-hotel on a faraway tropical island.

Do you need a partner? We could build one on Easter Island!

Provide an enticing, titillating, interesting, or fun fact about your book or series:

All my most important cuts were made while shaving. (For detail on what was cut from earlier versions of my novel, see below in the final interview question here: What did you delete?)

VERY IMPORTANT!!!! Please describe something (significant number of words/a character/entire scene) you “deleted” from your work and why. Because a real writer knows when to hit THE DELETE KEY!

Monotonous and extraneous transportation scenes were deleted and folded into more vibrant activities. I tried to follow the maxim of “get in late and leave early”.

Wow! It really has been a lot of fun doing this interview with you, Ben. I know you’ve got a lot of work ahead of you and I hope you’ll let me read and review your novel. Thanks! Geri