Excerpt from article accompanying the Infographic: Are you stuck in a rut? It’s not your fault. Your cynical lifestyle of sleeping, eating and working is probably contributing to that. Should you q…

Source: Get Your Creative Juices Flowing Again With These Tips – Infographic…

A real writer knows when to hit the delete key. 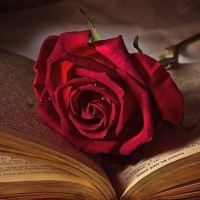 Romance Novels for the Beach

Find out which sexy books to bring with you, or leave behind, on your next beach vacation.

Welcome to the Music Club

Music Takes You on Journeys

Musings and books from a grunty overthinker

a blog on the social studies of finance

mostly about food and cooking, but also the stories about the Bread and the Butterflies!

Virtue, Vice, and Everything in Between

We've all got a story to tell.

A Narcissist Writes Letters, To Himself

. . . learning about being Christian

A site of writings, musings, and geek culture, all under one domain!